Intermediaries: Future relevance – facing the challenges of a new and exciting world 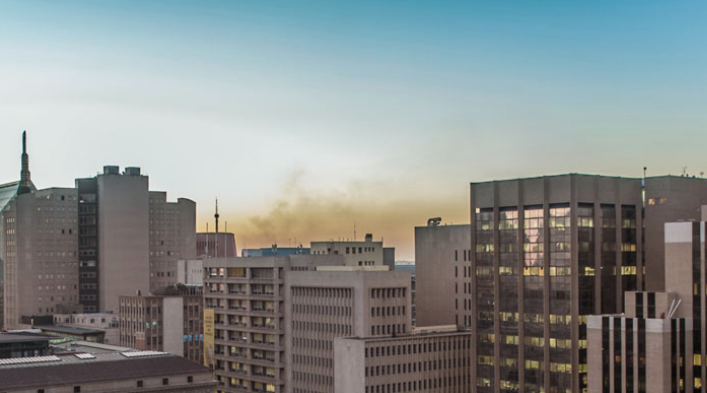 The world of business is changing rapidly and it can be hard to know where to focus your efforts to future-proof your brokerage and stay relevant. Santam spoke to renowned futurist and entrepreneur Anton Musgrave. Here are his fascinating insights about our ever-changing economy and the world we live in, as well as practical advice on how to recalibrate your business and stay relevant.

How to think about the future

The world right now is volatile, uncertain and complex. Events such as the Chinese stock market losing $1 trillion off their stock exchange in 48 hours are unprecedented. The world is going through a period of churning – a concept in Hindu culture where either highly negative or highly positive things come about. A lot of this outcome depends on our choices. The future is a result of the choices we make today and how we choose to think about the future.

Companies fail because they simply miss the future. We are so busy dealing with the present that we often forget to pause and think about the future. We don’t have enough curiosity; we don’t make enough time available. Stop using popular methods such as SWOT and competitor analysis – you are analysing your business yesterday.  Ask yourself what kind of business you want five years from now.

Musgrave used the example of Naspers to illustrate how industries are changing in South Africa. The media house is currently worth R850 billion – that’s more than the gold and platinum mining industries put together.

Futurists suggest that eventually most vehicles will be autonomous, which will hugely impact on the two biggest employment verticals in the world: agriculture and transport. Autonomous vehicles are already being used in agriculture in the US. As change happens in one industry, others will be affected too.

As the “internet of things” is spreading, businesses need to wrap their heads around the massive complexity of all this new data, and the opportunities it creates. From pregnant moms with data chips that track the development of unborn babies to organs submitting data, there is a huge explosion of information that can be harnessed to propel your business, IF you understand how to use this information to create value for your clients!

There are also technological advancements happening right now that can fundamentally change entire industries. For example, the ability to 3D-print entire buildings will transform the construction industry. We are changing from an industrial economy to a new kind of economy.

The rules are changing

It’s a world of new business rules; new cause and new effect. Thousands of new entrepreneurs are hungry to overhaul existing systems. In what is called the ‘fintech’ revolution, forward thinkers are attacking the pillars of the financial services industry. Books like “Breaking Banks” endorse this. The bank is ‘breaking’ with advancements such as Blockchain– a public ledger of all transactions that have ever been executed. Blockchain’s banking solutions mean that banks will no longer own and control all financial transactional information.

The human resources industry has to rethink how it manages talent because, increasingly, what people used to do is going to be replaced by robots. Harvard Business Review recently challenged businesses to “Blog up HR and build something new” – question how we can unleash the magic that humans bring to the table.

Another fascinating example of how roles will be changing is through IBM’s Watson Ecosystem. Programmed with all of the world’s medical textbooks and articles – the system can, within 12 seconds and with 94.6% accuracy, make a diagnosis from a photo upload of a wound or skin condition. One has to wonder how this will affect the role of doctors but also architects, lawyers and more if information is so freely available online – at no charge.

The age of the algorithm

Everything is driven by algorithms these days as behaviour is tracked based on mathematical formulas. For example if 300 people ask Google the same thing, they will get 300 different search results because Google personalises results based on what it thinks you like.

To improve its life insurance risk algorithm, US firm Allstate launched a competition with Kaggle– ‘a platform for geeks’. Within 48 hours, 103 teams from around the world aggregated around this problem and seven days later the competition closed. The result? A whopping 264% improvement on the algorithm, which goes to show you don’t have to employ actuaries when you can harness the power of smart brains from across the world.

Musgrave listed a number of famous companies who have applied exponential rather than linear thinking to achieve their success. Some examples of industry game changers:

And don’t forget Tesla innovator, South African Elon Musk. Not only has he created a car that can be upgraded via a software download but he is also involved in building Tesla electrical sockets across America which means that Tesla drivers will access to “free energy”. This is another example of exponential thinking, which will have huge repercussions for the automotive industry.

What the young generation wants

Experts predict that three billion new minds will join the global economy in the next 10 years, which means trillions of dollars of buying power that can’t be ignored. What does this generation want? They want to feel relevant and they want flexibility. They are online 24/7 and expect brands to respond to them within minutes, not days.

The human factor – the world needs to stay ‘human’

We have to ask ourselves what it is that humans can offer that robots or the internet can’t? The answer is creativity, empathy and innovation. Musgrave challenges intermediaries to think about the engagement model in their own business. How can you show empathy, be more involved in your community and be more connected to the world around you?

In closing, Musgrave mentioned the well-known Simon Sinek book, Start With Why, which explores what separates great companies and great leaders from the crowd. It asks why some people and organisations are more innovative, more influential, and more profitable than others? The answer is simple: Simon Sinek discovered that they all think, act, and communicate in the exact same way – driven by a very clear sense of purpose and this is the complete opposite of what everyone else does. Most businesses know exactly what they do and how they do it but very few have a clear and passionate view of WHY they exist and what the world will miss if they were not around! Musgrave encourages intermediaries not to be complacent about this changing world but to go in search of new ideas and attitudes to keep up with it, actively engaging and creating an ideal future!